“Tobias Aspelin is outstanding as Dromio x 2. He conjure with lines, fellow actors and audience”  -SvD 2/7 2014 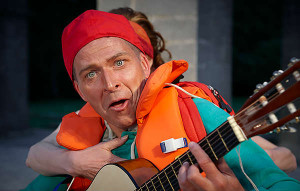 (On tour in Europe)

“Tobias Aspelin, in the role as the husband to a cancersick wife, has found a perfect, schizophrenic tone in the ambivalence between being supportive and letting all out”
– Dagens Nyheter 28/10 2012
Won the price as Best performance in the country 2012 by Dagens Nyheter
Won the price as Best show in Gothenburg 2012  by  Teatertidningen Nummer
Sofia Jupither was nominated as Best director 2012 by Swedish critics association 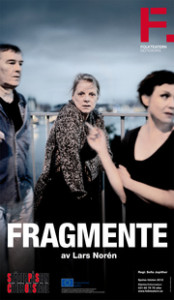 “Jackpot to the fools Tobias Aspelin and Stefan Marling” 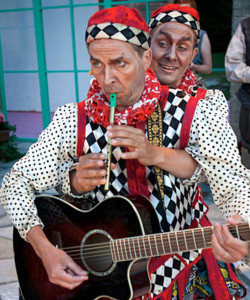